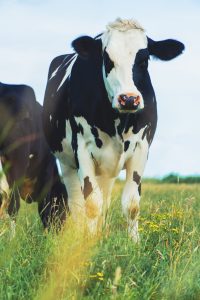 SkinSport in Anthem, AZ, we focus on a healthy lifestyle, which includes exercise and a nutritious diet. Eating healthy means more than just focusing on the basic nutrients, it also means paying attention to how that food was raised. If it’s plant based, were pesticides or other chemicals used? When considering food from an animal source, the same thing is true. How was the animal raised? What was it fed? One of the important questions is about hormones in food and whether there should be concern about the effect it has on health.

It’s important to look at the safety of recombinant bovine growth hormones—rBGH.

What are rBGH? They’re the hormones that increase the milk production of cows. While that may good, in one way, for consumers, since it lowers the cost of milk, learning whether it can pose a danger to humans who drink that milk should be the first concern. There’s good news and bad news. The good news is that it doesn’t affect humans directly. The bad news is that it does increase a second hormone called IGF— insulin-like growth factor—in the milk of cows who receive rBGH by as much as a factor of ten. IGF creates effects similar to human growth hormone—HGH—which may increase the risk for certain forms of cancer, such as prostate or breast cancer. Luckily, that amount is still small compared to what the body makes every day.

There are other complications when you give cows rBGH.

Giving cows this hormone may increase milk production, but it comes at a price to the cow. Studies reveal that cows that receive it have a higher incidence of udder infections than those that don’t. When udder infections occur, an antibiotic must be given. Some scientists worry that the frequent introduction of antibiotics could be contributing to antibiotic resistant bacteria that could transfer to humans.

Cattle are fattened for the market and estrogen may be used to fatten them.

Most of the beef in the grocery comes from cattle that receive this hormone. Those that don’t are labeled organic. When ranchers get cattle ready for market, they give each one an implant that has a combination of hormones, but the most prominent one is estrogen. The amount you ingest when you eat meat may be minor compared to the amount your body makes, whether you’re male or female, but that’s not necessarily true for children. Some scientists believe it may be responsible for the earlier onset of puberty, which averages about seven months.